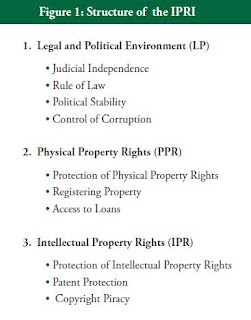 The overall IPRI score is derived from 3 main factors and their sub-factors, as indicated here. The sources of data were plenty and countries or economies are given a particular score depending on how respectful they are of each of the sub-factors given.

Every year, the number of countries covered by the IPRI Reports keeps increasing. This is a result of more reliable and more comparable data getting more available. 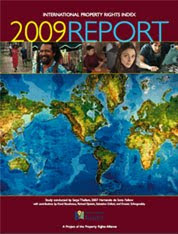 The result of IPRI 2009 Report, I wrote in Property rights and lefts (Part 1) last March 02, 2009. Out of the 115 countries covered by the report, the Philippines scored an overall index of 4.5, making it rank no. 74 (74/115) or belonging to the 4th quintile. What pulled down the Philippines' overall ranking then was its very low score in Legal and Political Environment (LP). I made the following concluding observation,

It is not healthy therefore, for an economy to embrace left-leaning policies that attempt to disrespect individual talents and performance, and forcibly collectivize things. Property rights is not a result of positive accidents that allowed the rights owner/s to own and control something without hard or meaningful work. Neither is it a privilege that was bestowed by the gods of the earth to their current right owners. Leftism cannot guarantee the respect and expansion of private property rights. 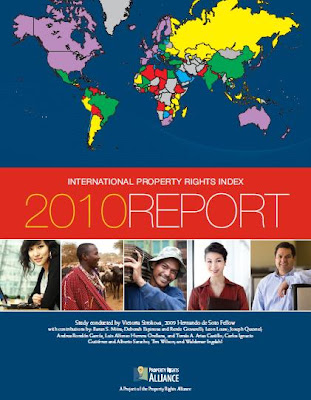 The IPRI 2010 Report was released in February last year. I wrote about it in Part 2 last February 27, 2010. Out of the 125 countries covered in last year's report, the Philippines did not show any improvement in score, still the same at overall index of 4.5, making it rank no. 80 (80/125) and hence, still belonged to the 4th quintile.

I concluded that article with the following statements:

For sure, big corruption and plunder scandals in government, plus policy reversals last year like strong attempts to re-regulate the petroleum industry and actual drug price control, contributed to the low belief by entrepreneurs and the citizens of the government’s ability to really promulgate the rule of law. Populism and leftism, the synonym concepts of socialism, will push any country towards economic underdevelopment. Private property is not public or government property. Private enterprises’ pricing should not be tinkered as government pricing. 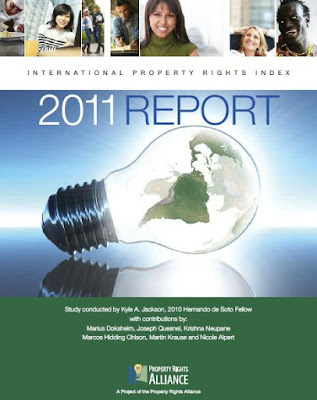 This year's IPRI 2011 Report was released last week. It was written by Kyle Jackson, a PhD Economics student at George Mason University (GMU). Kyle actually invited me to contribute a short discussion on property rights and the real property tax (RPT) imposed by local governments in the Philippines. It was a big mistake on my part that I did not send him a discussion paper about the subject. But nonetheless, I am happy that Kyle was able to pull a comprehensive research work in this year's Report.

Four more countries were added to those covered in the 2010 Report, so that a total of 129 countries are covered this year. And once again, the strong link between economic development and property rights protection has been re-established.

Kelsey Zahourek, the indefatigable Executive Director of PRA, beautifully summarized the importance of this annual exercise:

... the protection of both physical and intellectual property is equally important in nature. Individual freedom, economic expansion and job creation depend on securing property rights. Patents, trademarks and copyrights provide inventors and great thinkers with the ability to be rightly rewarded for their innovations. Likewise, land rights provide empowerment through ownership, allowing citizens to utilize and prosper from their investment. Economic growth only occurs when property, in all forms, is respected and protected. 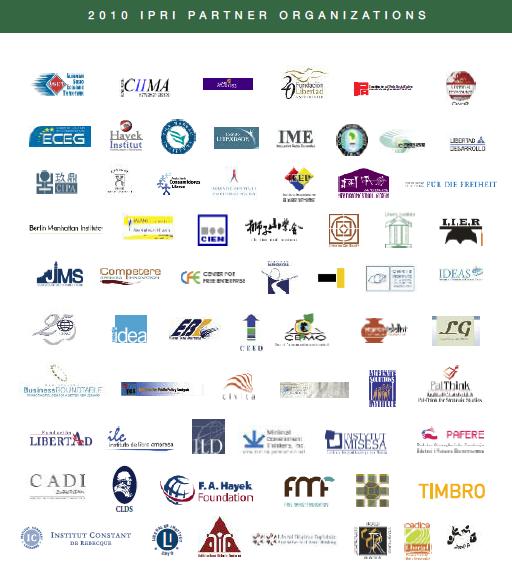 For the 3rd year in a row since the 2009 Report, our think tank, Minimal Government Thinkers has remained as one of the many free market think tanks from around the world that co-sponsored the publication and dissemination of the IPRI Report. We are also the only Philippine-based think tank among this prestigious list, about 67 independent think tanks from many countries.

Ok, so how did the Philippines and other East and South Asian countries fared and ranked with the rest in protecting private property rights? 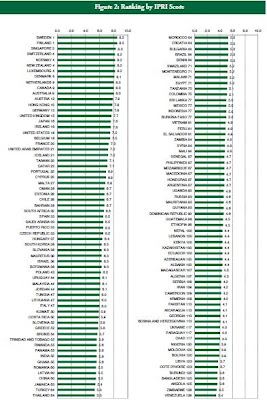 It is definitely disgusting to see your country slipping from an already low rank in last year's Report to an even lower rank in this year's Report. What happened?

The Philippines (87/129, still in the 4th quintile) government -- then under former President Gloria Arroyo as the data used were for 2008-2010 to allow for global comparison across many countries -- has become more confiscatory? Or more private individuals, groups or corporations have become more confiscatory while the Philippine government was just watching? Or the other countries that ranked lower than the Philippines last year simply improved significantly this year, jumping us overhead while many Filipinos were busy with the elections and all the drama and political stunts associated with the elections?

Whatever is the reason, unless we Filipinos will fully understand and respect private property rights, physical or intellectual property, more countries currently in the cellar will slowly overtake us in this important global ranking. Vietnam and Sri Lanka already overtook us.
--------